Android is the most-versatile Operating System out there in the market. Also, Android is so popular that there are over a million applications available on Google Play Store. Today, I’ll sort out some, yet best screen recorders for android to record your gameplay as today’s content is all about 5 Best Screen Recorders for Android. There is hell a lot of options out there in Play Store, but we are going to shortlist only the best recorders available in the market right now.

Hello mates, I know most of you are using an Android Device, and it’s quarantine, feeling bored sitting in the house? umm! Playing games and passing time right? Ever thought of recording them and share on Social Media? No issues, I am here to help you out. The first thing needed to record your Gameplay is a good Screen Recorder. The recorders which I will suggest are efficient and consumes very less battery too. So here we go!

Nowadays most of us use screen recorders for The first app in the list is AZ Screen Recorder. It is a lightweight and its user interface is very light and will record your gameplay smoothly without any hassle. It weighs only 18MB, thereby making itself, one of the smallest yet efficient screen recorder among tonnes of other recorders out there in the market.

There’s an overlay option to help you record/stop your action easily, don’t worry it won’t mess up with other applications. It also allows you to use the front camera and merge it with your gameplay with ease. Worried about a watermark? Don’t worry AZ Screen Recorder doesn’t have any. Your phone also doesn’t need to be rooted to use AZ Screen Recorder.

The free version will help you get your things done. But if you are looking for some cooler functionalities then you can buy the Pro Version from Play Store, it will cost you about $3. 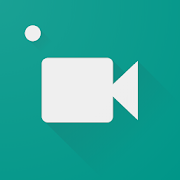 ADV Screen Recorder is also a reliable and efficient screen recorder with tonnes of features. Although according to me it’s for the geeky people, as it has two different engines, which will be very handy for some users. Not only that, but you can also easily change frame rates, bit rates, change resolutions and also you can draw anything or write over the clips.

It has also a handy yet a great feature that is a 3 seconds countdown. The countdown will let you get ready before the recording begins! Also, it does not consume that much battery thereby help you to play for a longer time.

The app is really great and has a very good rating in Play Store. It also has a great feature which is you can pause the record and resume it whenever you need. While recording the video in the edit option you can add text like your gameplay username or your Facebook page id or Instagram handle. Mobizen Screen Recorder enables you to record gameplay and edit them too with ease. This recorder is user-oriented and easy to use. It really has some cool and fantastic features, also you can record in high quality. You also can remove the watermark without wasting a penny. Although it is a free app with Google Ads enabled which means it will show you ads while accessing it, yet there is some functionality which needs in-app purchases.

It has a great feature that is you can merge the video which is being recorded via the front camera or the back camera of your device. Supports Full HD screen recording that means no frame drop in the recorded gameplay.

Mobizen Screen Recorder does not require your phone to be rooted and there’s no watermark too. Which means no money, no hassle but high quality, smooth gameplay recordings. There are in-app video editing slides which will help you to edit videos easily without any trouble. Although Google Play Games does not come with the handy features which all other screen recording apps come with still I’m including it as it’s already installed in your device. More apps, more RAM usage, more lagging issues, that’s it. The only feature I like in Google Play Games is that it enables you to create your custom gamer id.

Also, there’s no watermark in it too. Free to use, that means you don’t need to invest any penny here. It does not have an in-app advertisement, none will disturb you while you are accessing it! The last app in our list is Super Screen Recorder. This is also a great screen recorder out there in the market with a user-oriented interface, and lightweight too. It allows you to record videos in high quality and unmetered time limit without any root access. You can also change frame rates, bit rates, change resolutions easily without any hassle.

The app also allows you to pause and resume the recording whenever you need it. It supports portrait, landscape, and auto screen record mode thereby making your work as easy as possible and saves time too.

The app includes a GIF maker, so why waiting? hurry up create a short GIF of your Gameplay and forward it to your WhatsApp contacts. It has a brush tool using which you can draw anything on the recorder clip.

That’s all about some really cool recorders for your Android device. Although all of them comes with a free version, some include in-app purchases and all, still, I would recommend you to use the free version as its more than enough for me.

So, tell me your experience with the screen recorders suggested by TekhXpert. Hope it was some use of yours, I’ve tested each and every application before shortlisting them, still, if I’m wrong anywhere then please let me know down the comments, feel free to interact.

Scroll back to top